Recently we appeared in Atlantic County Superior Court and argued a de minimis motion in front of the Honorable Julio Mendez. We were appearing on behalf of an out-of-state client who was charged with underage gambling in the state of New Jersey. In the state of New Jersey and in Altlantic City casinoes, the legal gambling age is 21. Underage gambling is a serious charge and some of the penalties can follow you to your home state if you have broken the law outside of the resident state.

We won on our motion, the case was dismissed against our client, and he will be able to continue pursuing an education and career without the burden of a criminal record. This post will explain what Judges consider in making the decision to dismiss an underage gambling case by way of de minimis application. The defense attorneys at Roberts & Teeter, LLC have the knowledge and experience to clear your name and restore your future.

Are you facing criminal charges in New Jersey? Schedule a consultation with our defense lawyers to protect your future.

What Is A De Minimis Application?

First, it’s important to understand what a motion to dismiss by de minimis application actually is. The term “de minimis” is Latin and translates to “concerning minimal things.” Some would describe it in the context of the law as meaning “the law cares not for small things” or “of minimum importance.” When an attorney files a motion to dismiss by de minimis application with the Superior Court of New Jersey, the attorney is asking the Court to dismiss the charge because it is so minimal.

The attorney is arguing that the alleged conduct is so minimal that it did not cause the harm sought to be prevented by the law and therefore, the charge should be dismissed. De minimis motions are often filed in underage gambling cases because all it takes is one quarter and one slot machine for an underage person to catch a criminal charge. That’s exactly what happened in our most recent underage gambling case.

Our client was a college student from out-of-state who was visiting an Atlantic City casino with his cousins and friends. He was the only person who was under the age of 21 and he was alleged to have spent 50 cents on a slot machine. Shortly after he inserted the money and pressed a button on the machine, he was approached by casino security and asked to provide identification. Upon realizing he was under the age of 21, they took him to a security room to be processed and banned him from the property for life. Days later, our client received a criminal complaint in the mail. 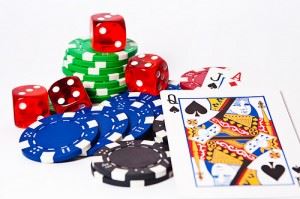 Underage gambling is taken very seriously in New Jersey, there is no plea bargaining allowed and a conviction will bring $500-$1,000 in fines, a six-month driver’s license suspension and it will remain on a criminal record. Many out-of-state residents visiting Atlantic City falsely believe that a NJ driver’s license suspension will not affect their out-of-state license.

This couldn’t be further from the truth, as New Jersey will forward the notice of license suspension to the state in which the individual resides. More than likely, their home state will suspend their license as well. If the individual is under the age of 17 and has not yet obtained a driver’s license, the issuance of their driver’s license will be postponed for six months.

As mentioned before, we won on our motion and the case was dismissed. There were a few factors the Judge took into consideration when he sided with us.

The Judge took into consideration:

Overall it is important to fight these cases and to file appropriate motions when the conduct is so minimal or small. The factors provided above do not always work in every person’s favor and often do not apply. Every case is different and a skilled attorney can make the determination of what factors to argue to the judge. Winning on a motion to dismiss by way of de minimis application could be the difference between a young person having the burden of a criminal record and that person being able to pursue careers with a clean criminal record/background check.

If you or someone you know was charged with underage gambling in the state of New Jersey, do not hesitate to contact our experienced attorneys at the Law Office of Roberts & Teeter, LLC today at (732) 607-5553.

2017 UPDATE: Defendants in Underage Gambling cases in New Jersey have the option as first-time offenders to be placed into a Conditional Dismissal Diversion Program. Once entered into the program, the defendant must remain arrest-free and fulfill all terms set by the Judge. If the defendant is able to do that, the charges will be dismissed at the end of the twelve-month term. In NJ, you are only allowed to enter into a diversion program like this ONCE in your entire life. Before deciding which route to go, consider this:

Prosecutors may encourage you to enter the program prior to you speaking with a skilled attorney. Many times when clients call our office we discuss the de minimis option with them and that seems like a better fit. If we are successful on the motion, the case would be dismissed outright without the client using their one-time diversion program, without paying fines, and without being placed on a year-long probationary period. De Minimis is still the way to go in cases involving minimal underage gambling activity.